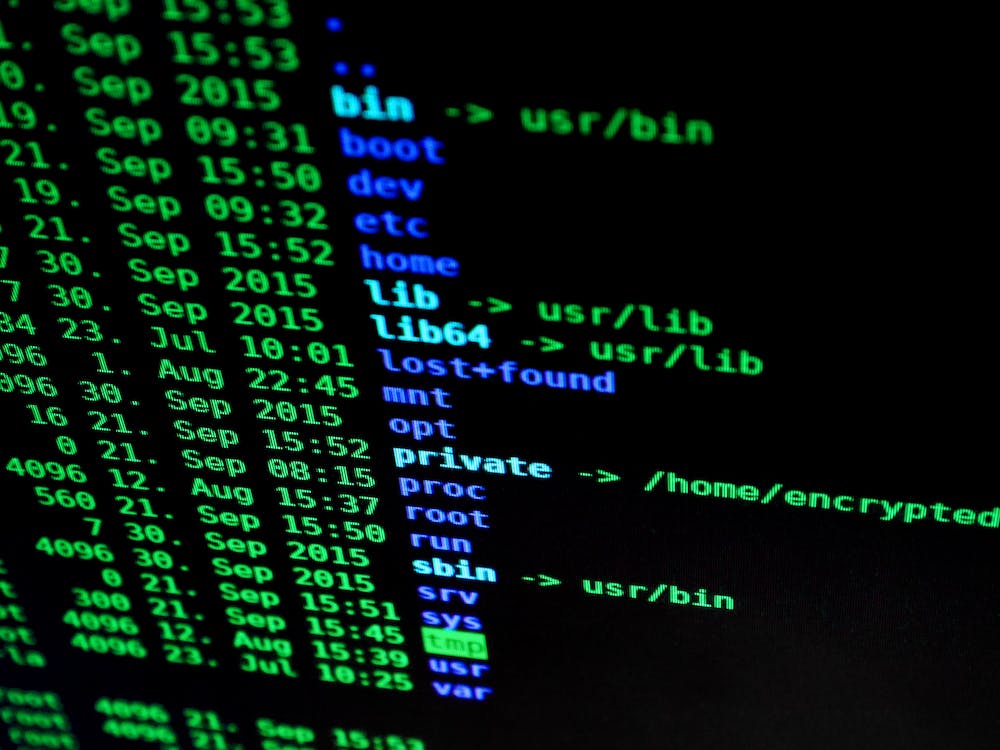 Do you have to manage a server?

Do you need to perform some actions in bulk?

Do you want impress your peers with a “hacking” skills?

Whatever the reason, it can be much faster to complete some tasks using a Terminal than with graphical applications and menus. Another benefit is allowing access to many more commands and scripts.

In UNIX everything is represented by a process or file. A process is an executing program. Files are collections of data organized by a directory structure.

Files can be identified by absolute or relative paths. For example:

Everything written in the terminal is case-sensitive. When the command is ls, neither Ls, lS nor LS will work.

Files and directories are also case-sensitive, eg foobar.txt and FoObAr.txt are two different files, even if they are in the same directory.

If you want to create/access/delete a file or directory that has a space in its filename, you can either put the whole filename in quotation mark " or escape the space using the backslash \ :

To copy or paste on the terminal, ctrl+c and ctrl+v won’t work.

⚠️ ctrl+c is used to terminate the program

ctrl+z will suspend the current process.

man the hell up

Always use the tab button to autocomplete your command. It’s really useful to prevent any typos.

“Reverse-i-search” is a shortcut to display a list of commands you have already used. It’s based on history.

Of course, bear in mind these keyboard shortcuts depends on your unix distribution, your shell, your configuration, …

There are two ways to run administrative applications:

sudo allows an user to run a program as another user (most often as the root user).

Permissions are managed in three distinct scopes or classes:

Files and directories are owned by a user. The owner determines the file’s user class. Distinct permissions apply to the owner.

Users who are not the owner, nor a member of the group, comprise a file’s others class. Distinct permissions apply to others.

The effective permissions are determined based on the first class the user falls within in the order of user, group then others. For example, the user who is the owner of the file will have the permissions given to the user class regardless of the permissions assigned to the group class or others class.

Another method for representing Unix permissions is an octal notation. This notation consists of at least 3 digits.

Each digit represent a different component of the permission: owner, group and others.

Each digit is the sum of its component bit in the binary numeral system:

There are three main file descriptors:

Allows you take standard input from a file:

There is a special file on the Linux system called /dev/null which can be considered as the “Bin”, but once information has gone to this file, it’s gone forever.

You can connect two commands together so that the ouput from one program becomes the input of the next program by using the |:

Executing a command within a command

When editing a file in a linux server, you do not have the choice of your favorite GUI notepad or IDE.

You will have to stick with a terminal editor, like vi, vim, nano,…

I have my preference on vim so I will share just a few tips on how to use it without being lost.

First of all, vim has 3 modes:

So use the following to navigate in your file:

You can also move by words:

If you want to navigate quickly in your file:

You don’t have to be in insert mode to edit text. You can also edit portion of your file in normal mode.

Use n and N to search next and previous occurrence, respectively.

To replace, you can use the same syntax as sed command:

You can undo the last action by pressing the u button in normal mode.

If you want to undo the undo, you can press the ctrl+r buttons.

I did not cover everything, only what’s needed to be able to perform basic edition on files using VIM.

There are lot of tutorials out there:

Linux doesn’t care about extension. So if your script file name is foobar.txt, you can still execute it.

However, it’s considered as best practice to have the extension .sh for script files.

To run a script file, you cannot just type script.sh, you will need to precede the script by the PATH to the script, ie /path/to/script.sh, or if it’s in the current directory ./script.sh.

For example, if we want to force bash, we need to add the following at the first line of the script:

If we want to use another shell, like Korn shell:

The standard way to exit a script file is by returning the number 0:

If the script exists with anything other than 0 (a number between 1 and 255), that means there was an error.

To declare a function, all you need is to declare like this:

If you want to add a parameter in your function:

Here a sample script that will display a help message if there are no parameter provided:

There are tools like Bash Automated Testing System (or bats) that can help you test your scripts.

You can customize your terminal by editing your .bashrc, .zshrc, … to:

There are lot of resources out there: